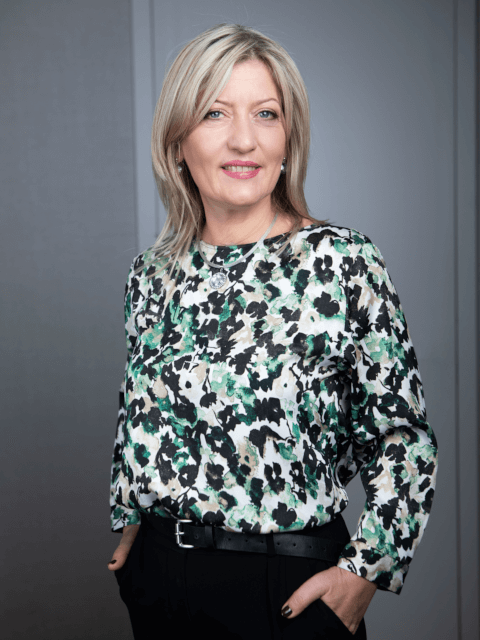 Melinda Szabó (born in 1971) received her first diploma in 1994 at the College of Commerce, Catering and Tourism and then she earned a Marketing Economist degree from the Foreign Trade College Budapest in 1997. She also earned an MBA degree from Webster University and Szent István College in 2007.

She has started her career in market research, then she joined Westel900 in 1999 where she filled several key managerial positions in the marketing area.From 2005, she worked as T-Mobile’s Deputy Marketing Director, then from 2008, she also assumed responsibility for T-Home’s Residential Segment. She continued her career at Magyar Telekom as Residential Marketing Director from July 2010. In 2009 she was appointed to the member of the Board of MobiMak at Montenegro and this position held until 2012.

She joined Vodafone Hungary in 2015, where she was in charge of the marketing of the entire B2B segment, then became Head of SMB Sales and Marketing in 2016.